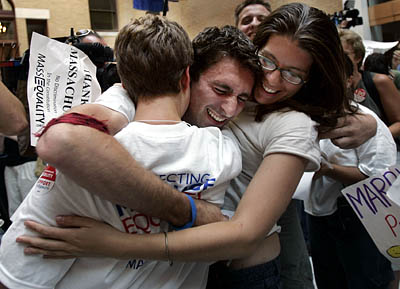 Moments after the vote to protect marriage equality

One Response to Gay Marriage